I’m reminded of something Rand Miller once told me. “2014 is like 100 years ago in tech years,” he explained with a smile, after I asked why Cyan remade Myst for VR instead of adapting previous editions. With Ken and Roberta Williams out of game development for two decades until now, I was curious to know how modern development differs from back then.

“It feels the same, like riding a bike. The tools are better but ultimately, the goal is to entertain people. It almost feels like we were never gone,” Ken Williams said.

With Sierra’s sale in the late ’90s, the terms meant Ken and Roberta were tied to a non-compete in gaming for five years, so they explored the world on their own boat. This continued until the COVID-19 pandemic hit, and Ken Williams began looking into programming once more.

“I suggested he wanted to do a game and I suggested Colossal Cave, thinking back to our origins. We started Sierra because I played Colossal Cave,” Roberta Williams explains. “We’d been fish out of water all those years and suddenly, we’re right back into it. It felt right, like the years in between melted away.”

Reimagining a text-based adventure for modern formats isn’t particularly straightforward — how exactly do you adapt an old text game for modern VR?

“I had to figure out how to make it feel like this belongs in today’s world, so I’m really glad I didn’t have to design a game on top of that,” Roberta Williams tells me.

She says it’s not a complex game and it doesn’t require many different buttons, so the end goal is simplicity:

My goal was just to let you get into the game and start exploring this cave without figuring out all kinds of buttons. I wanted it to be easy to get into, it’s not like a hand-eye coordinated thing. You don’t really need quick reactions to play it. It’s just you, the cave, and the designers. You’re trying to figure out what they’re trying to do, and how you’re gonna get around it. Because it’s first person, your character is you, and that makes it more intimate.

So with Colossal Cave appearing on most major platforms, how exactly does it differ on Quest 2 compared to the flatscreen editions?

“The obvious one is that its way more immersive. If you’re playing on PC and you look over a ledge, you don’t get the same feeling of worrying you’re going to fall. The first time I fell off a cliff, when I was walking on a passage, I kind of screamed, I freaked out, and you don’t get that feeling on PC,” Ken Williams tells me, before giving me a sense of the atmosphere.

When I’m playing VR and I go back to a flat screen, I’m really disappointed. Because it’s just not the same feeling. It doesn’t feel like you’re there. The game lends itself to VR perfectly because of being in a cave and the claustrophobic field. Because it’s just tight. If you’re doing real spelunking and you get into a tight place, there’s a feeling of trying to squeeze through cracks. All of that is there in this game.” 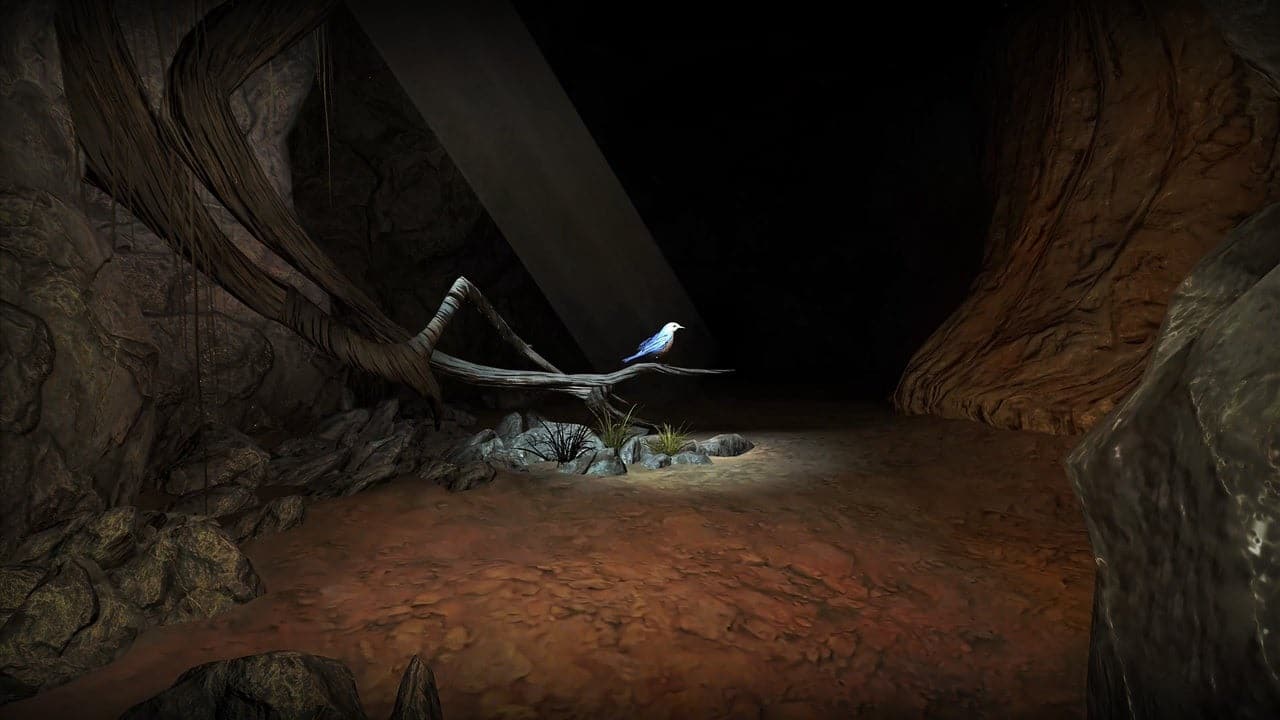 “There was many times I didn’t think we’d get there on Quest because there’s a minimum frame rate of 72Hz. On a game this big and complex, that’s a feat,” Ken Williams said, adding that Colossal Cave wasn’t originally planned for VR. They effectively restarted the project upon shifting to support VR.

“We actually restarted the art because getting the framerate we needed with the complexity of graphics we wanted — it’s tough because you’re trying to deliver an image 72 times a second to two monitors on a $500 device, which is not as powerful as today’s modern PCs,” he said.

Ken Williams says he wasn’t a big fan of VR initially, too. “I liked the idea of a first-person game and limited characters; I thought it was a much easier design than it turned out to be. So, when the idea of VR first popped up, I said ‘no way in heck.’ I wanted to do something easier, VR is tough.”

He didn’t think Quest 2 was a good fit for the game but his artist, Marcus Mera, eventually convinced him otherwise.

“I didn’t think it was going to be that bad,” Ken Williams said. “I really didn’t realize how different VR was. But then we hit issues like the user interface for VR and how to do it.”

To tackle this, Cygnus worked closely with Meta, and Roberta Williams explains there were clashing views regarding the control scheme.

It was me holding to my guns, not being able to be convinced. Not that they were wrong, or I was right. [Meta] wanted the real physicality. You’ve got your hands out there, you can grab and manipulate this stuff. I knew that that would be more difficult to pull off. I think they wanted the really physical stuff and it’s not a physical game. This is a more cerebral, exploratory game.” 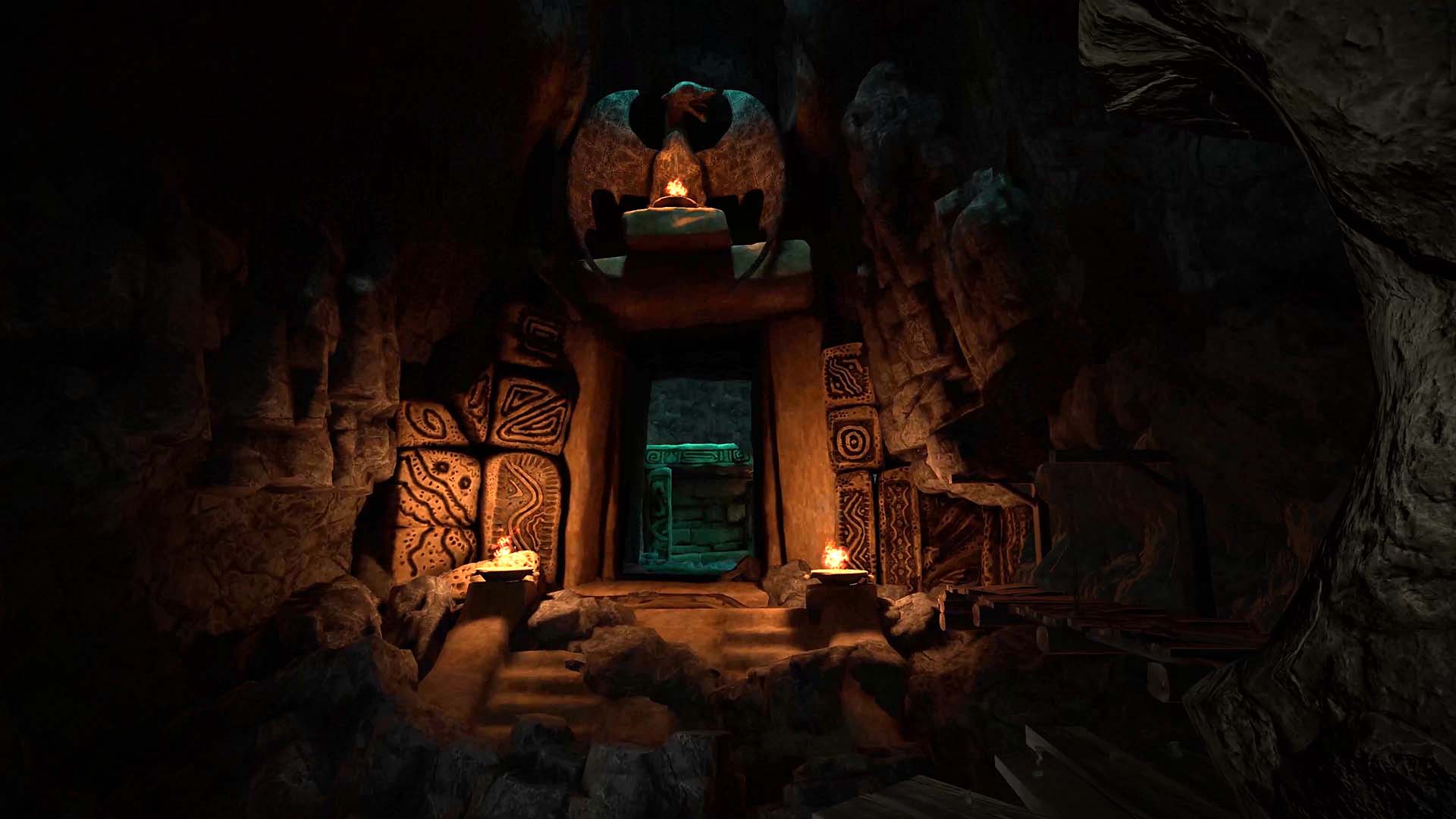 Despite these directional differences, Roberta Williams concedes that she took the physicality issue to heart, explaining how this adds to Colossal Cave’s immersion. “When you’re going through the game, falling down a cliff, you feel it. There’s places where the only way forward is to slide down, like a child on a playground. You can swipe down and take advantage of things. You feel it in the pit of your stomach when you do that, or you’re walking along a cliff edge.”

Colossal Cave arrives on January 19 for Meta Quest 2, and you can check out our Colossal Cave impressions from PAX West 2022. So far, they seem encouraged by the game’s wider response.

“When I asked the QA team at Meta how they were liking it, they said it was very different from anything they’d seen before,” Ken Williams tells me. “I thought that was the ultimate compliment.”

With all that’s gone into Colossal Cave, I asked Roberta Williams an obvious question; Will they do another game after this? “We want to see how this game does. If it flops, okay, go back on the boat. If it’s a huge hit, well, who knows?”