On Monday, January 23, the Federal Bureau of Investigation (FBI) published a report confirming that two groups linked to North Korea were responsible for the $100 million hack of the Harmony Bridge last year in June 2022.

The notorious Lazarus Group and APT38 outfits were responsible for attacking and stealing from the US-based blockchain specialist. The Horizon software allowed users to move their digital assets to different blockchain networks.

In their report, the FBI noted that earlier this month on January 13, the North-Korean hackers used a privacy pool dubbed Railgun in order to launder $60 million worth of funds in Ether (ETH). The bureau noted that some of these funds were sent to different crypto exchanges and converted into Bitcoin.

Last week, Binance chief Changpeng Zhao confirmed that his firm helped the Huobi platform in order to freeze some funds and recover 124 Bitcoins in the process.

Details of the Harmony Bridge Hack

As per the FBI report, the hackers used the RAILGUN protocol to obscure their transactions. While a portion of their funds was frozen by the exchanges, the non-recovered funds moved to the ETH addresses.

North Korean hackers have been the major perpetrators behind several hacks that took place over the last year. These hackers stole billions of dollars worth of investors’ funds in 2022. In its statement, the FBI noted:

The FBI and its investigative partners will “continue to identify and disrupt North Korea’s theft and laundering of virtual currency, which is used to support North Korea’s ballistic missile and Weapons of Mass Destruction programs”.

Amid the report of these crypto-hacking attacks, American agencies have banned a few coin-mixing tools that obfuscate the details of transactions.

✓ Share:
Bhushan is a FinTech enthusiast and holds a good flair in understanding financial markets. His interest in economics and finance draw his attention towards the new emerging Blockchain Technology and Cryptocurrency markets. He is continuously in a learning process and keeps himself motivated by sharing his acquired knowledge. In free time he reads thriller fictions novels and sometimes explore his culinary skills. 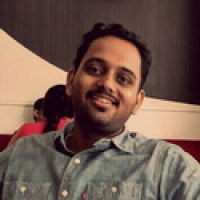