Non-Fungible Token (NFT) trademark filings in 2022 soared by 28,588% from 2020, according to data from the United States Patent and Trademark Office (USPTO) shared by licensed attorney Mike Kondoudis. The total number of NFTs filed with the organization in 2022 was 7,746 which was 286 times higher than 2020’s total of 27.

Despite 2022 being seen by many stakeholders of the NFT industry as one of the worse due to declining sales volume towards the end of the year, trademarks for the period were 259% higher than 2021’s 2,154 filings.

While many projects were launched in March which was also the month the Federal Reserve increased its funds’ benchmark rate by 25 basis point from 0.25% to 0.50%, the USPTO were busy accepting and reviewing filings.

NFT trademark filings for March were 1,089 and this corresponded to a significant global NFT market sales volume of approximately $2.5 billion. Mainstream organizations that filed trademarks during the third month of 2022 include, but are not limited to, France-based football club Paris Saint Germain (PSG), Playboy, Jimmy Johns, Tommy Hilfiger, Levi’s, Johnson & Johnson, and American Express.

Despite the positives, the bearish outlook of the market which gained roots in December 2021, was deepened by Russia’s invasion of Ukraine in February 2022, the collapse of Terra in May of the same year, and later FTX’s bankruptcy filing affected all parts of the market.

Unfortunately, NFT trademark filings were negatively affected too. There was a 69% decline in applications from March as the USPTO received 341 filings throughout December 2022. Total global NFT market sales for the period were around $678 million. 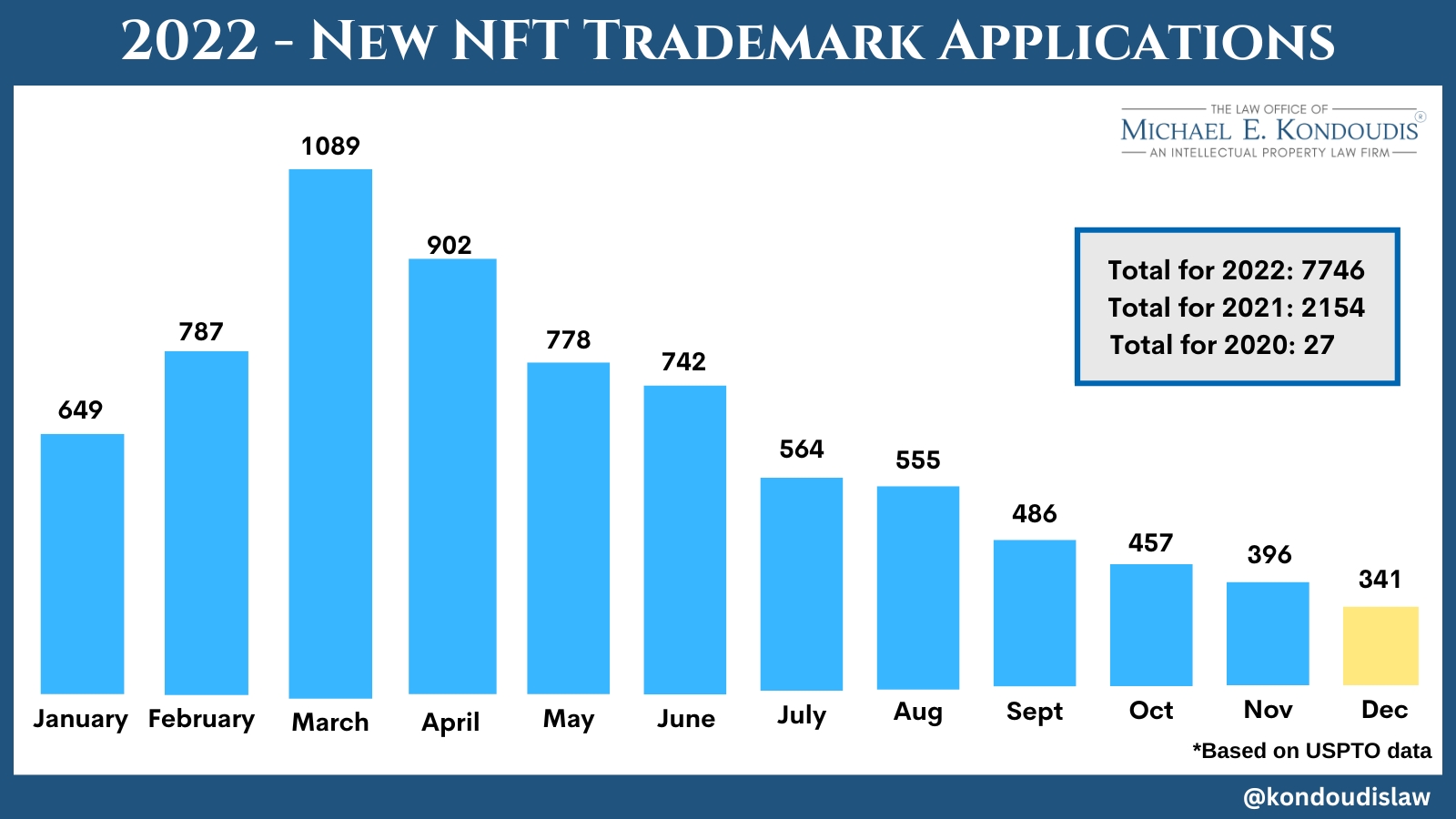 No signs of slowing down

The cryptocurrency, decentralized finance (DeFi), metaverse, Web3, and NFT market is in a recovery phase in January 2023. More than $100 billion have been added to the total crypto market capitalization from about $757 billion on the last day of 2022 to roughly $864 billion on Jan. 13, 2023. 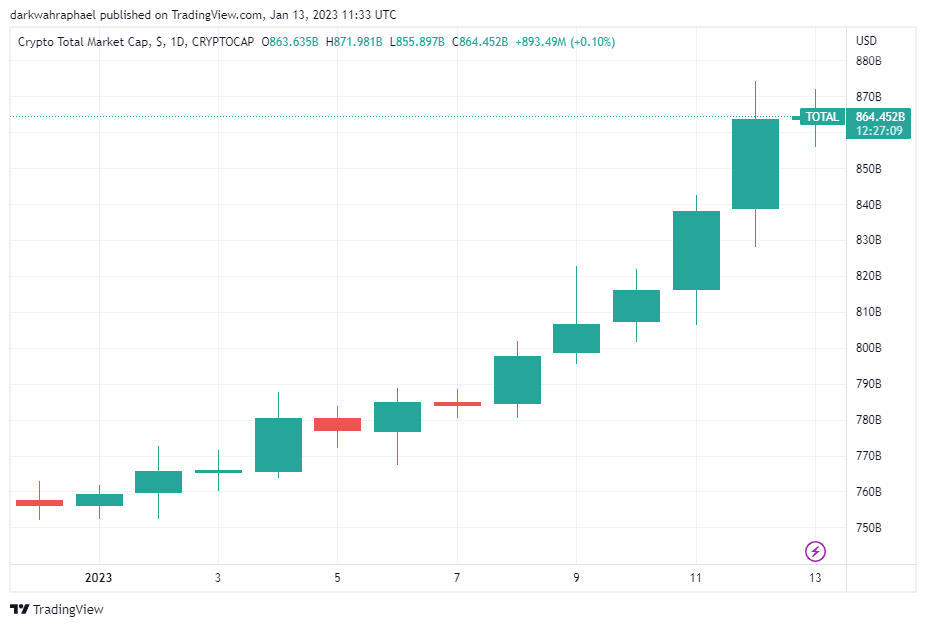 The positive signs have been reflected in NFT trademark filings in January. In the first two weeks of the month, Intuit Inc., an American business software company, owner of the American Music Awards, and National Geographic Society Corporation have all filed NFT trademark applications with the USPTO.

The global NFT market sales for the first two weeks of January were around $380 million from more than 280,000 unique buyers, involved in over 2.6 million transactions at an average sale value of $142. This statistic was higher than June 2021’s $357 million.

With the launch of new NFT projects that will be adding to the increasing number of trademark filings, global NFT market sales could soon be on their way to surpassing the $50 billion milestone.