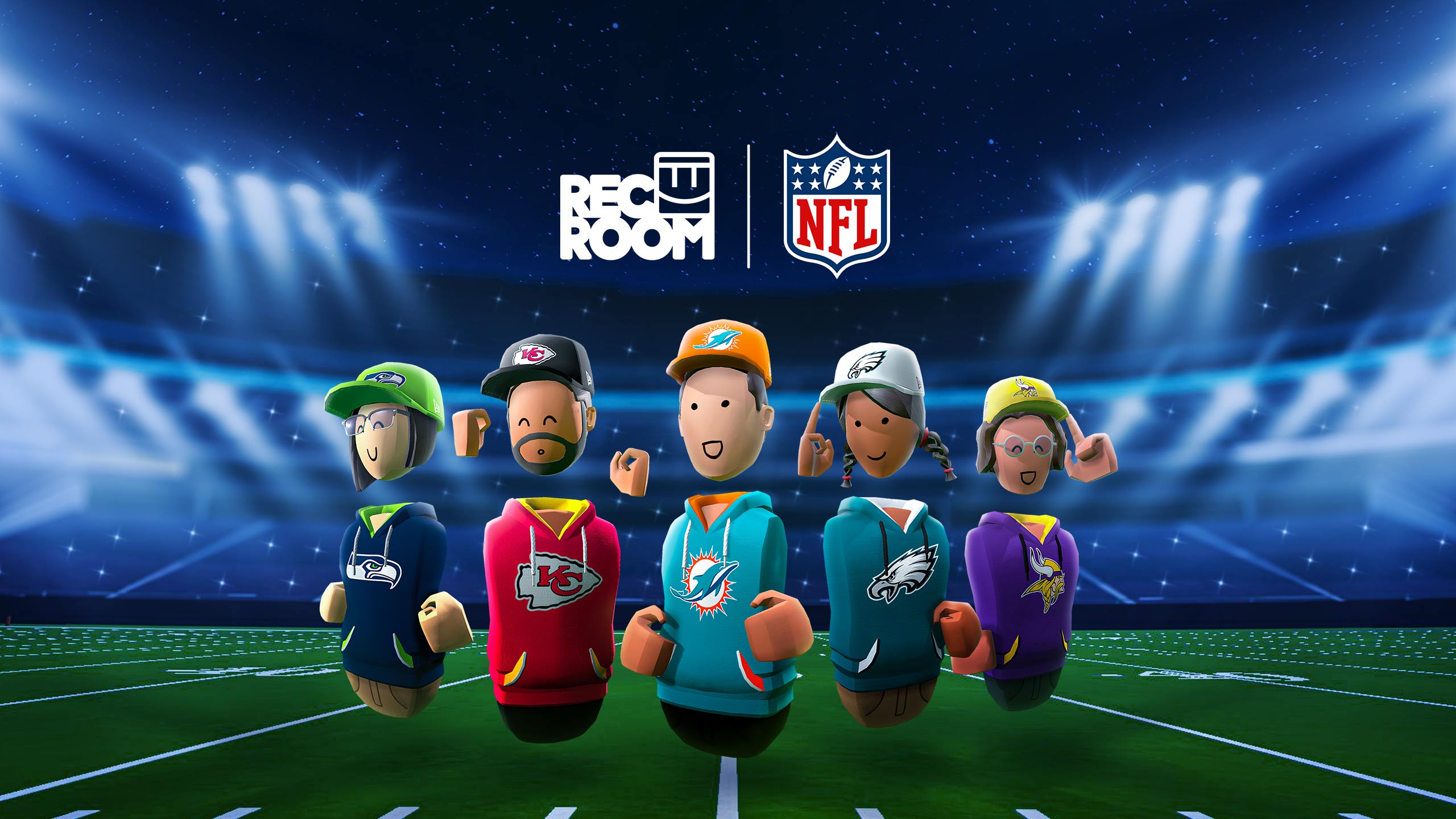 Kicking off today, Rec Room will feature a new NFL pop-up shop where users can buy NFL-licensed virtual hoodies and hats, which includes all 32 NFL teams.

Although we were hoping for an official NFL football mini-game too, the studio says its’ also launching a photobooth in the platform’s ‘Rec Center’ hub which will also let fans show off their NFL-licensed gear by snapping a few photos for social.

The platform has played host to similar events in the past, with an NBA event last year bringing team jerseys and branded basketballs to the platform. More recently, Rec Room signed a deal with Mattel to release avatar items based on the world of Masters of the Universe.

Rec Room now boasts over 82 million lifetime users, which is in part thanks to the fact that it’s free to download across basically all major platforms, including mobile, PC, console, standalone VR and PC VR.

This, combined with a $3.5 billion valuation thanks to over $294 million in outside funding to date, has undoubtedly allowed the company to expand its selection of first-party mini-games, which include activities such as paintball, offroad racing, co-op dungeons, and more.

Moreover, the studio has since monetized its free-to-play app with the addition of premium paid memberships, which unlocks the ability for users to not only earn in-game currency by creating and selling items, but also convert it into actual cash. The platform’s premium users create things like rooms, gadgets, avatar items, and mini-games—all of it designed to pull in users and get them spending in app’s in-game currency.

More from Road to VR