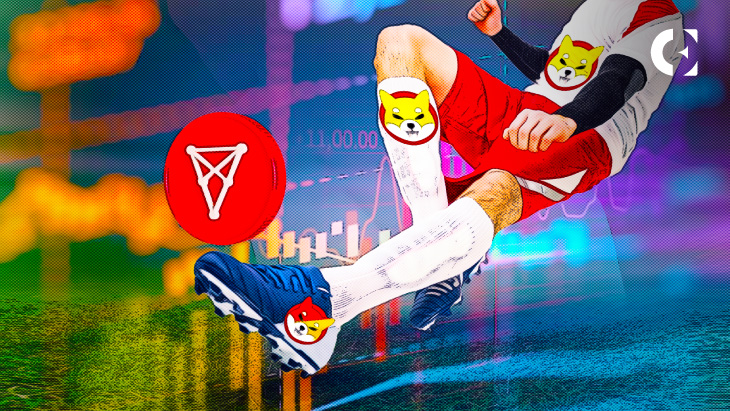 However, according to recent data, CHZ has taken back its lost throne as the most traded token.

SHIB is ranked at number seven in terms of trading volume among these top 100 ETH whales. The meme coin is also the fifth most-sold token and the sixth most-purchased token. This buy-and-sell behavior is due to the recent rise in the price of SHIB, which touched a high of $0.000009593 in the last 24 hours.

In other Shiba Inu news, the soaring burn rate has cooled down, as it is currently up by 25% in the last 24 hours, with 17.1 million SHIB sent to dead wallets. The burn rate has been considerably on the higher side since the beginning of 2023, with a recent day achieving over a 30,000% increase in burn rate.

The burn rate is likely to increase after the launch of Shibarium, where the team confirmed that every Shibarium transaction will burn SHIB. However, there hasn’t been an official launch date.