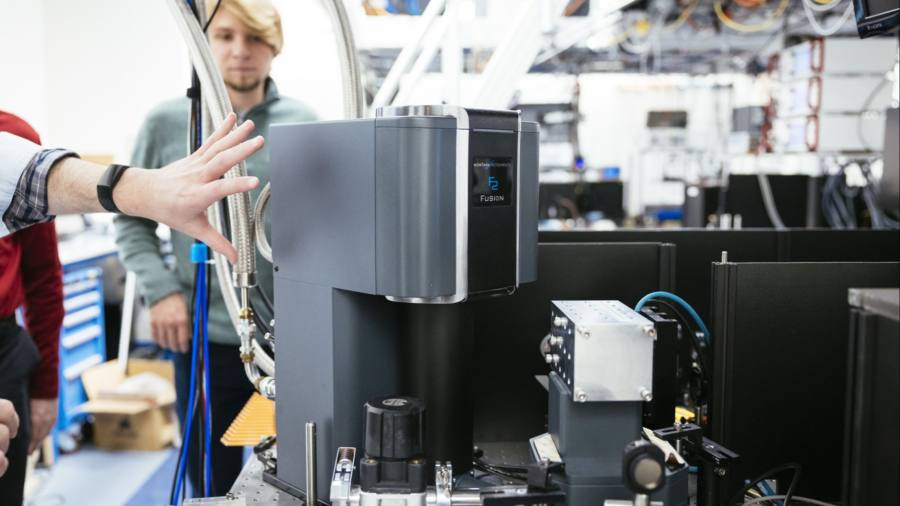 It is a quarter of a century since the first quantum bits, or qubits, were hooked together to make a rudimentary quantum computer. With their ability to represent both the ones and zeros in traditional computers at the same time, qubits are the most basic components of systems that could far surpass today’s computers in solving certain types of problem. Since then, headway has depended less on hard science than on applied engineering: creating more stable qubits that can hold their quantum state for more than a tiny fraction of a second, linking them together in larger systems and coming up with new forms of programming to exploit the characteristics of the technology.

This bears comparison with what happened in the early days of traditional computing, following the invention of the transistor in the 1940s and the integrated circuit in 1958. In hindsight, the steady, exponential advance in capacity described by Moore’s Law, which carried computers into the mainstream, seems inexorable.

The quantum age is unlikely to unfold with the same sense of metronomic inevitability. It has the potential to deliver big surprises, both on the upside and downside. A global race is on to devise new techniques to control and exploit quantum effects, and to create far more effective algorithms — raising the possibility of sudden leaps in performance.

Such a surprise has come with the publication of Chinese research proposing a way to break the most common form of online encryption using a quantum computer similar to ones already available. That feat — a potential “Sputnik moment”— had been expected to require far more advanced quantum systems lying many years in the future.

Other cyber security experts eventually concluded that this method was unlikely to work in practice. One question is why China would have permitted its publication, had it really shown a way to expose most of the world’s secret communications. Yet it still delivered a jolt, and should be a wake-up call for all those, particularly in the US, who worry about the risks of China developing technological supremacy.

Many companies in industries like chemicals, banking and automotive manufacturing have invested in learning how to program quantum systems in hope that the first practical uses could come soon. In modelling complex financial risks, designing new molecules and accelerating the data-crunching in machine learning systems, quantum systems could gain an edge as soon they become even marginally cheaper or faster than existing computers.

This moment of “quantum advantage” — when the systems demonstrate practical, if modest, superiority on certain problems — still lies, tantalisingly, just out of reach. With investment and expectations rising, the scope for short-term disappointment is high, even if the long-term potential seems unchanged.

It is still hard to keep qubits in their quantum state long enough to perform useful calculations. The next frontier lies in inventing forms of error correction that use some of the qubits to counteract the “noise” caused by this lack of coherence. Recent research suggests progress is being made on solving this problem faster than had been expected.

The potential for breakthroughs in areas like error correction has increased the chance of a quantum shock — when the machines make the leap from fascinating science experiment to world-changing technology. Based on the seemingly flawed Chinese encryption paper, it is rash to predict this moment is already at hand. But with so much effort worldwide going into harnessing the properties of quantum mechanics for computing, it might be rasher still to put off a serious consideration of the promises — and risks — till another day.