He has predicted financial doom for China for over a decade. He does correctly identify things like demographic challenges which in some cases can cause a -1% drag on GDP growth for a country. However, he broadly assumes that no national policies or innovation by companies can overcome challenges.

His latest two predictions are that the EV revolution will fail and there will be high global inflation (9-15% per year) for five years.

Zeihan is predicting that copper supply shortages will prevent a transition to electric vehicles.

Global copper demand from solar and wind energy generation will reach 852,000 tonnes in 2022, while the growing electric vehicle market will account for 1.1 million tonnes this year.

By 2030, analysts at Rystad Energy project that copper demand will outstrip supply by more than 6 million tonnes.

According to the Copper Development Association, a conventional car uses around 18 to 49 pounds of copper, while in battery electric cars usage escalates to 183 pounds; for their part, battery electric buses use 814 pounds.

Chile is the world’s largest copper producer, putting out 5.6 million tonnes of copper in 2021 and with reserves of 200 million tonnes. The value of copper exports in the country jumped more than 40 percent last year, according to Chile’s central bank, with copper shipments reaching US$53.42 billion for the period.

Meanwhile, Peru, the second largest copper producer, accounted for 2.2 million tonnes of global output last year. The Antamina, Cerro Verde and Las Bambas mines are responsible for about half of the country’s copper mine supply.

Copper prices are currently $8045 per tonne. 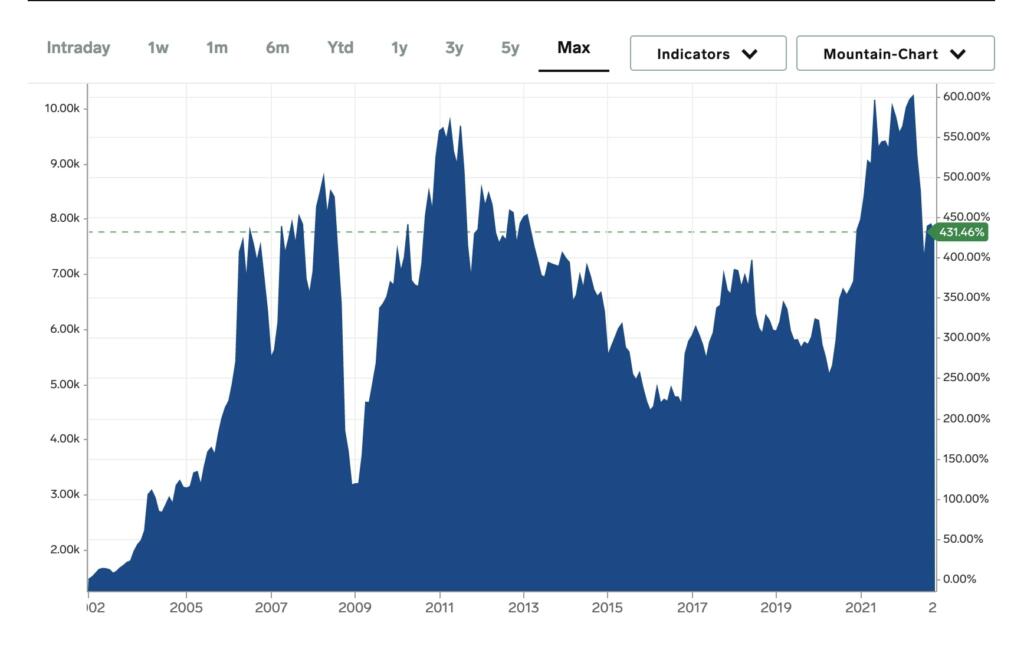 “A deterioration in the global economic outlook, mainly as a consequence of elevated energy prices and high inflation has resulted in a downward revision to refined usage growth for both 2022 and 2023,” the Group said.

If electric cars are quadrupling from 10 million cars this year to 40 million cars in 2025, then there will be an increase in copper demand by about 4 million tonnes. This will be offset by 1 million tonnes for reduced ICE cars. There is currently a reduction in global economic activity because of high inflation and some level of a global recession.

IF Zeihan were right on his inflation call then there is a long term global recession so there is demand destruction for materials and room for increased demand for things like electric cars.

There would be time for copper production to increase.