Until a few weeks ago, VeChain’s price, amid anticipation for POA 2.0 Phase 1, seemed to register an independent rally. On 16 November, as VeChain’s first phase of the Proof of Authority (PoA) 2.0 SURFACE consensus algorithm went live, the market expected a similar upswing in price.

However, exposed by the broader market’s weakness, VET had some other plans.

The latest consensus mechanism upgrade is set to improve several aspects of the network’s security and key operations. It will also make the blockchain more environment-friendly. Notably, a week ago, when the same was merely announced, VeChain’s price recorded a 15% hike in just 48 hours.

This time too, despite the larger market looking grim, the upgrade was supposed to be a monumental step for the network, as well as the price. However, with BTC falling by 10%, the same took a toll on VET’s price too.

Consequently, the crypto-asset dropped by almost 15% in the after-hours of the upgrade. In fact, VET has closely followed Bitcoin’s price since September, dipping more whenever the king coin has dipped.

Post the upgrade announcement, however, VET had started charting its own trajectory. Alas, it failed to keep the rally up as the larger market fell.

Even though the short-term trajectory presented by the altcoin has been somewhat worrisome, the asset’s volatility remained low. It noted a reading of 1.03 at press time, while the Sharpe ratio still held higher values, making the asset comparatively safer. 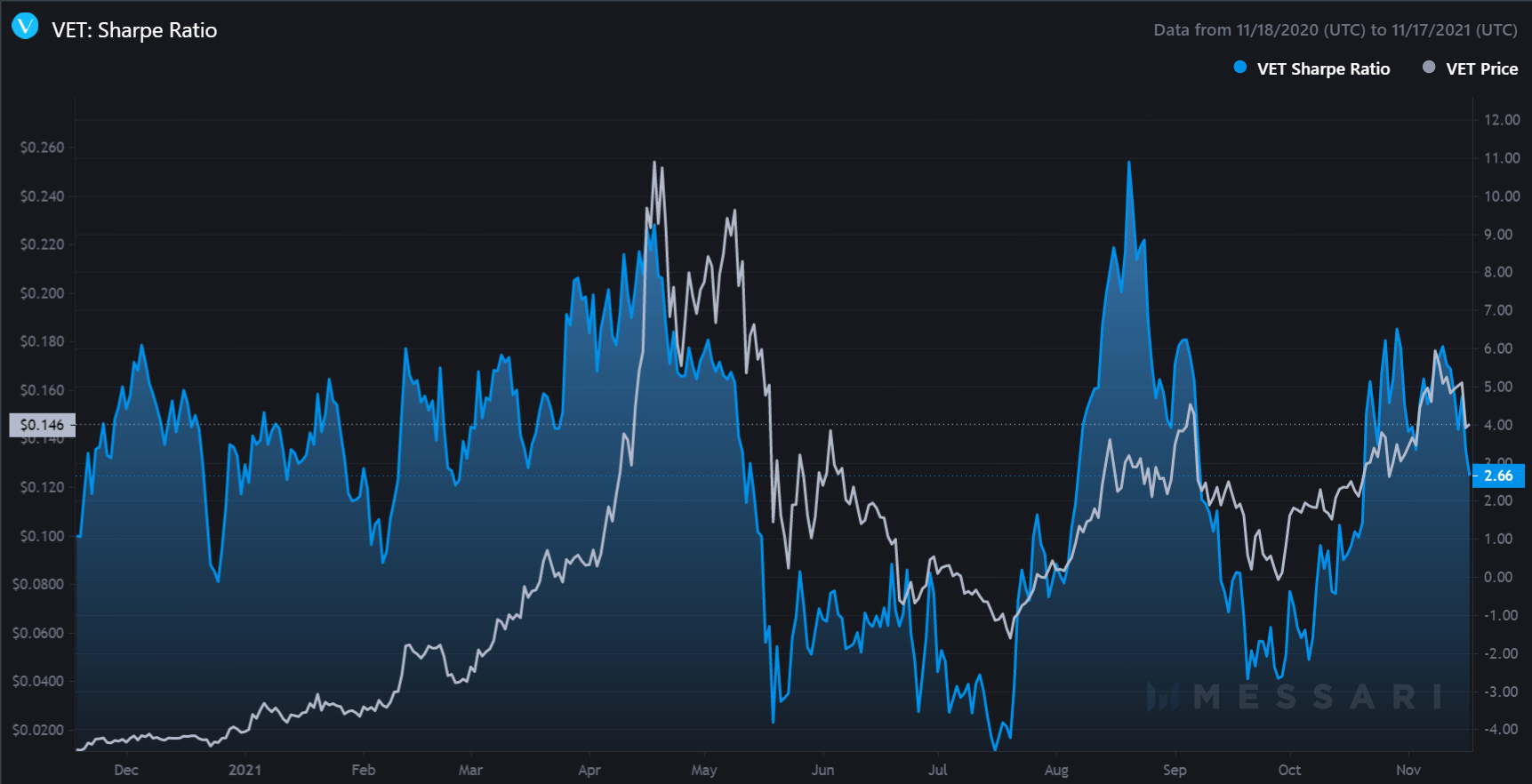 Additionally, while the spot market looked relatively calmer, VET’s perpetual market bore the brunt of the price fall as VET’s OI fell by 7.31% over the last 24 hours. Furthermore, the altcoin saw close to $2.51 million longs liquidated on 16 November, amid its falling price. 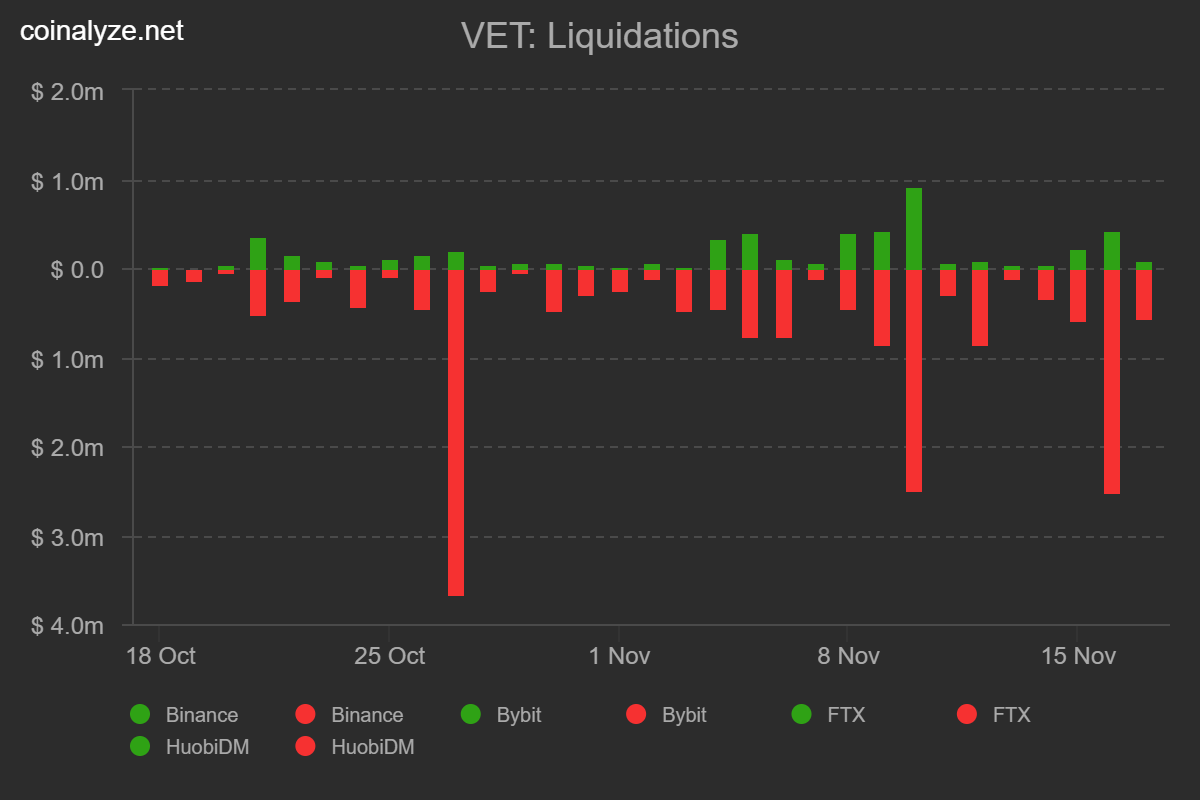 Nonetheless, a recovery of the RSI on the lower timeframe presented some hope for VET’s price. While the price still seemed to go down, bouncing off the crucial $0.11-mark would be essential for the alt.

At the time of writing, Vechain was trading at $0.14 on the back of a 16.09% weekly depreciation. Higher social anticipation and inflows from the retail side could push VET’s price forward in the coming week, provided the larger market stabilizes.