Ethereum has held a valuation above $3000 since August 7th. It is a strong indication of a bullish market and over the long-term, it should unfold as a turning point. Yet, every cycle needs its period of correction and right now, major assets are indicative of such a change.

However, we want to analyze Ethereum irrespective of its performance over the past 2-weeks. The market looks overheated but we would be looking at current signs that are signalling a push-down and not the price position itself.

Between $2800-$3000, Ethereum breached past its major resistance, which held the highest significance for a prolonged bullish effort. Once that range was recovered, overall doubts for a continued bearish rally were put to bed. At the moment, the possibility of a correction increases because of the range ahead for Ethereum. During both a move upwards and move downwards, this range of higher-timeframe resistance $3300-$3400 registered significant activity.

With Ethereum consolidating right under that range, the possibility of pull-down increases since there is a couple of key differences between both the time frame.

Rate of Transactions does not match earlier average 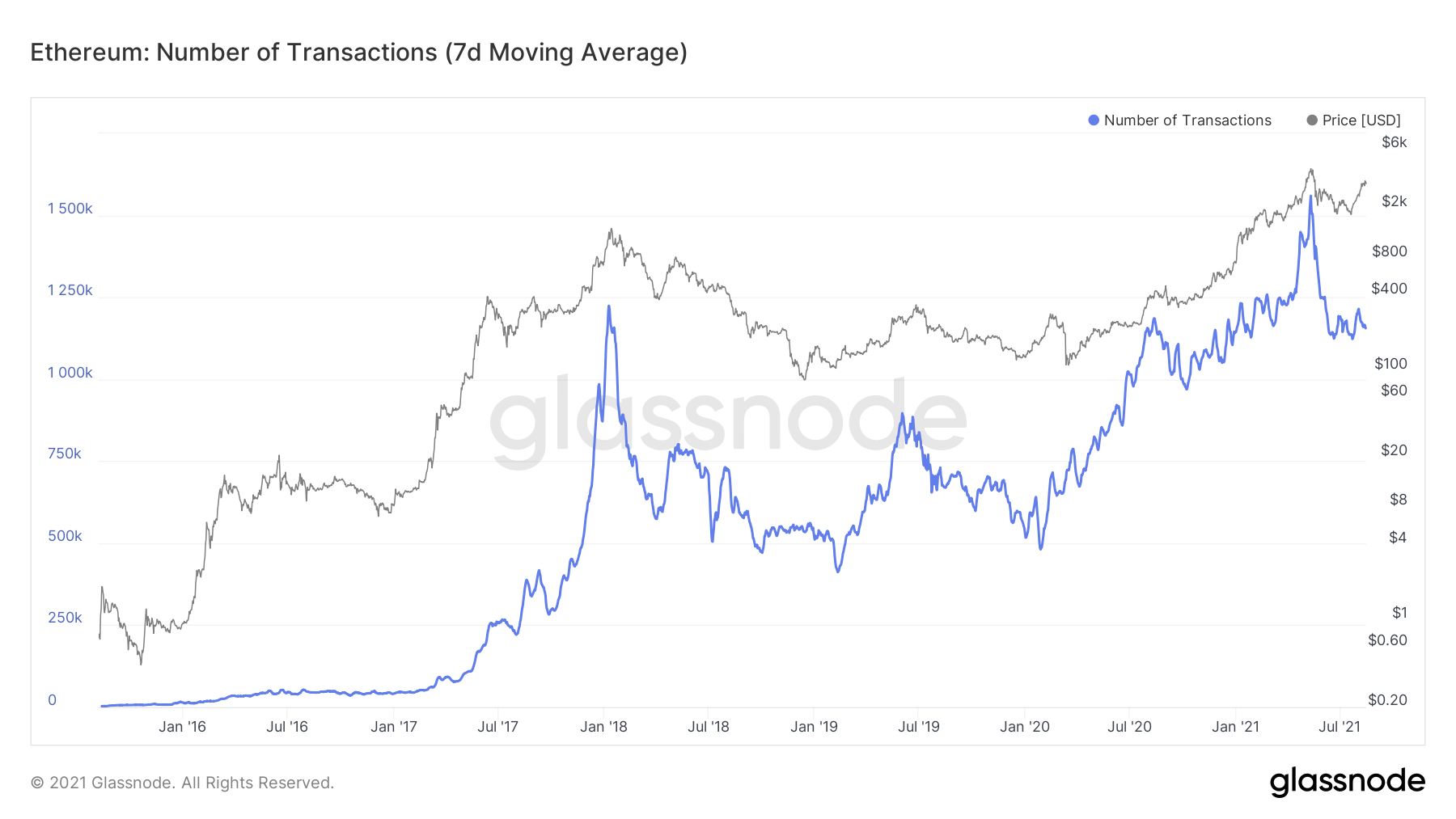 According to glassnode, the transaction count for Ethereum has not recovered levels witnessed during March-April-May. Rather than a consistent rise, there has been stagnancy, indicating subdued on-chain activity. Note, that the earlier rally facilitated higher transaction rates. 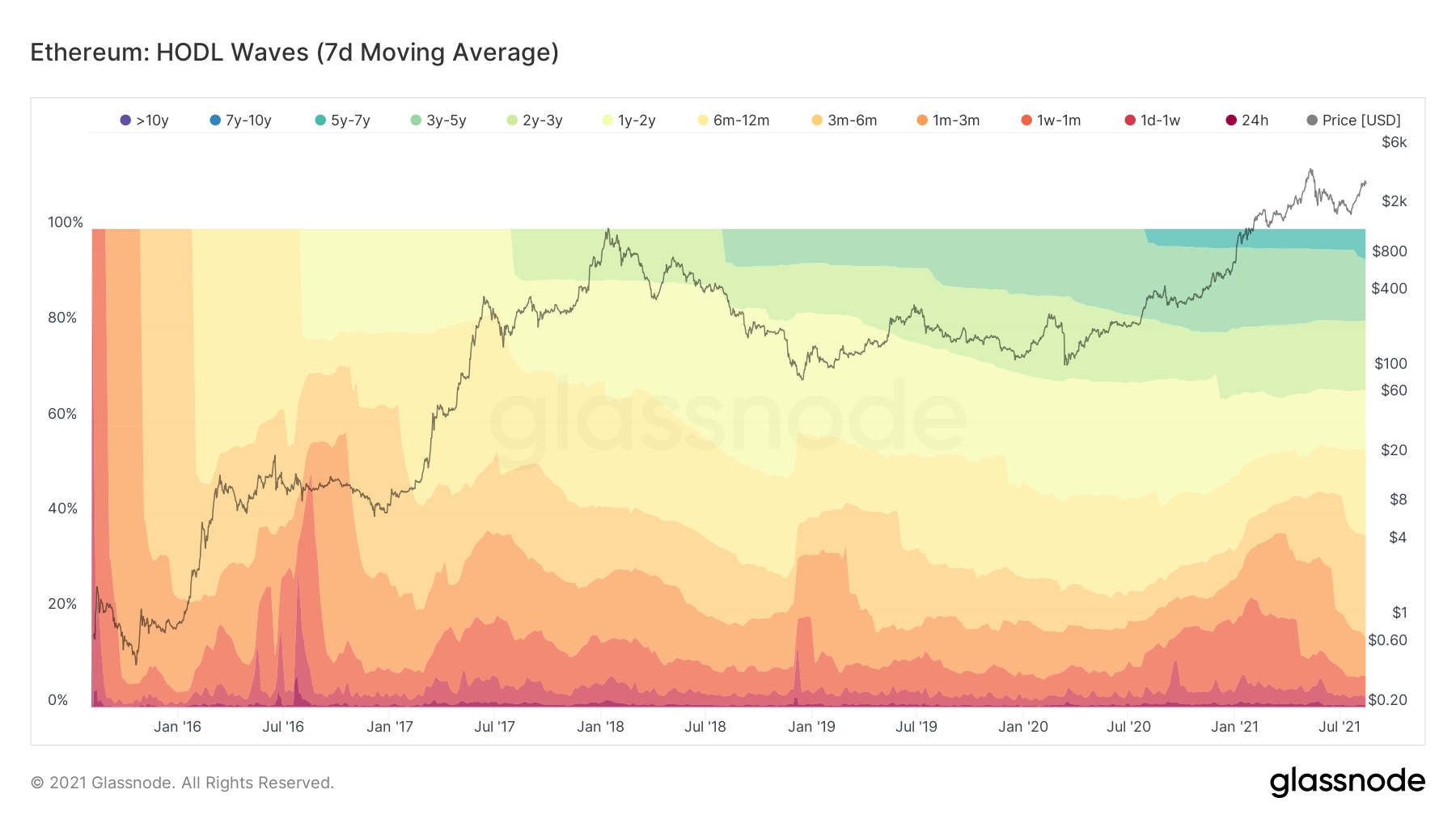 Now, with respect to long-term hodlers(LTH), their supply held remained constant, but over the past few weeks, the STH supply has strongly declined. As observed, the red and orange zones, signifying 1d-1w and 1w-1month holders have diminished. Hence, there is definitely a lack of retail investors at the moment. New investors haven’t entered the space, and the rally is possibly supported by LTHs.

There are two trains of thought in this market structure. Now, LTH supporting the rally is fine, but LTHs do not trigger strong movements in the charts. And with the absence of retail, this rally is probably weaker than the one in April, since it has been triggered by speculation and hype.

What’s the best-case scenario for Ethereum?

Right now, the best-case scenario is an obvious one; breach $3400. But it would probably lead to a massive market blowout at the top, leading to extensive bleeding later on. Structurally, Ethereum should re-test $2800-$3000 at least once, before moving forward.