The DeFi space has accelerated at a pretty good pace of late, despite some setbacks in the first half of the year. In 2021 alone, the ecosystem reported a growth rate of over 20x.

A lot of upcoming protocols like Abracadabra have made star entries recently too. Even so, platforms like Maker, Aave, and Compound are ruling the roost, still maintaining their spot in the top five in terms of total value locked.

Maker and Aave have had their fair share of price pumps over the last couple of months. However, COMP’s price still has been unable to break away from its downtrend.

According to data from Messari, COMP’s price hit an ATH of $911.93 in May. However, at the time of writing, the asset was down 66.42%. Until late October, the asset was making lower lows. Soon after, it finally broke out of the downtrend, charting close to 25% gains as November began.

While there were positive market developments like Bitwise Asset Management announcing the launch of the Bitwise Compound (COMP) Fund, the network’s rise seemed to be hindered by something more internal.

Interestingly, while COMP’s social volumes were high, its weighted social sentiment was near all-time low levels. This was indicative of the negative social sentiment around the alt, which is never good for mid-cap or small-cap altcoins.

Further, development activity too has been treading lower levels since mid-October.

One reason behind the lowered positive social volume was the fact that Compound protocol has been facing an incentive crisis, as highlighted by Alex Kroeger’s recent research. The paper noted that most of Compound’s liquidity miners have little to no economic interest in the protocol and do not participate in the protocol’s governance.

The report concluded by stating that “in the case of Compound, it seems clear that liquidity mining incentives are a poor way to turn users into stewards of the protocol.”

However, the same can be dealt with by introducing a vesting schedule for accrued tokens. Or, by revamping the model to “governance mining.”

For now, since miners hold less than 20% of Compound’s liquidity-held COMP, it seems like liquidity mining on Compound would need some fixing. When dealt with, this could help push COMP’s price too.

Nonetheless, there is some hope for the altcoin.

As far as retail euphoria is concerned, COMP seemed to have decent trade volumes, even amid consolidation. Interestingly, until August, HODLers seemed to be missing from COMP’s market. Notably, a return of HODLers to the scene can help better the supply dynamics. 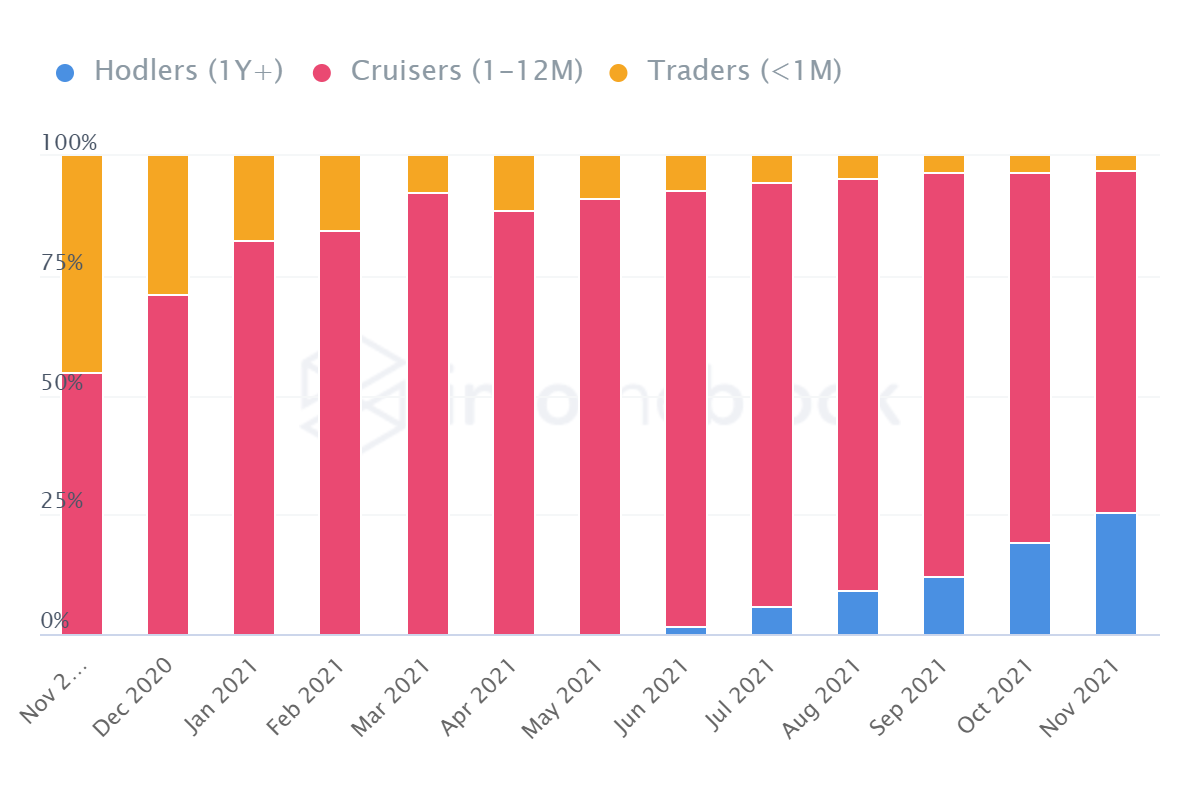 In fact, over the last 30 days, HODLer addresses grew by over 33.54%. Even so, in the near term, COMP’s road ahead on the price front might be rocky.