NFT marketplace NFT STARS has announced the launch of its NFT avatar collection – SIDUS: The City of NFT Heroes. The collection features 7,500 unique characters developed in partnership with over 200 modern artists from the international collective NFT256.

SIDUS differs from dozens of other collections by combining the functionality of a gaming DAO metaverse, a yield farming service, and a digital art collection, all into one.

Join the NFT Heroes club early on and hop into an amazing adventure!

Bored Apes, CyberKongz VX, ON1 Force and the Example They Set

CryptoPunks is the original NFT avatar project, launched in the middle of 2017. In the beginning, CryptoPunks were offered for free. Now, the price for one avatar varies from $250,000 to $7.57 million. CryptoPunks is just one example of a successful NFT collection. Since its launch and especially now in 2021, the market has welcomed dozens of new projects that have come out with new features and rarity traits.

In general, the rise of NFT collectibles can be attributed to several reasons:

Potential of the Blockchain Gaming Sphere 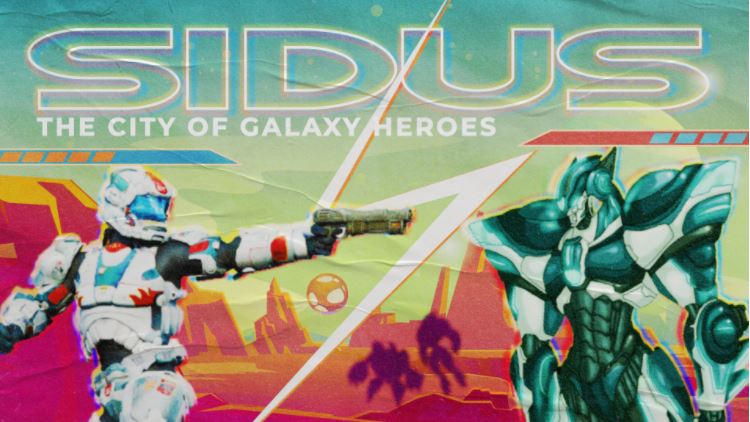 Every NFT Hero can be used as an avatar on social media or be transformed into a game character within the SIDUS gaming DAO metaverse. NFT Heroes must fight with other players and exercise their power in the Battle Arena if they are to rise to the top of SIDUS society. The Battle Arena will resemble famous fighting games like Mortal Kombat, Killer Instinct and Jump Force. NFT Heroes can challenge other players to duels, fight in the Arena and try to rise to the top of the social structure.

So, there’s good reason to look at the development of the blockchain gaming sphere and see what potential is hidden there.

Similar to NFT collectibles, blockchain gaming has shown tremendous growth since the beginning of the year. In July alone, the space grew by 121% in terms of unique active wallets and reached a benchmark of more than 804,000 unique users. The rise of the play-to-earn trend is the major catalyst for such growth.

The success of the play-to-earn concept is clearly demonstrated by the fact that the Ethereum-based NFT game Axie Infinity has become the top-earning DeFi dApp, with $22.9 million in protocol revenue. The game has even overtaken PancakeSwap and MakerDAO, showing more than $600 million in trading volume for July. Another gaming project called The Sandbox has generated a sales volume of over $6.7 million in July.

Why is SIDUS: The City of NFT Heroes a Game-Changing Project?

While each of the mentioned projects is a leader in its own domain, NFT Heroes has a new twist; it is both an NFT collection and a gaming DAO metaverse. Besides that, there are multiple other factors that differentiate the NFT Heroes collection from anything else available on the market. 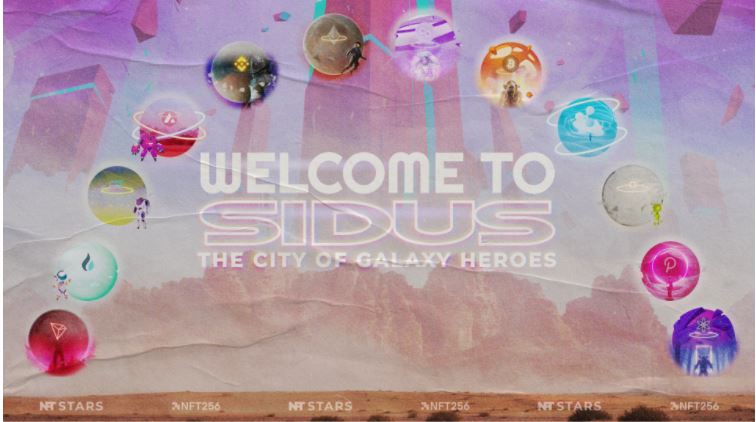 The NFT Heroes collection features 7,500 unique characters (6,000 original Heroes, 1,000 Rare, and 500 Legendary Heroes). Only the original 6,000 will be available for purchase, the rest will be created using upgrade cards and the Galaxy Modificator. This is one of the first innovations introduced by SIDUS. Other projects tend to issue their whole collection at once.

NFT STARS guarantees that every Hero is unique in its traits, appearance, and characteristics as the collection is created in partnership with the biggest international collective of modern artists – NFT256. More than 200 artists, led by Lead FX artist Vavaev Maxim, spent over 10,000 hours working on the collection, making NFT Heroes the biggest collaboration in the NFT space.

The NFT Heroes collection is 100% crypto-friendly and pays homage to the history of every major blockchain and top 100 crypto company. According to NFT Heroes lore, every Hero comes from one of 12 blockchain planets and every planet leaves an imprint on each Hero’s appearance, character, and armor. In total, the game has over a thousand Easter Eggs that have something to do with the top 100 crypto projects.

Following the trend, NFT Heroes is a ‘play-to-earn’ metaverse with NFTS as its in-game token. The major difference with other blockchain games is that NFTS is also the native token of the NFT marketplace NFT STARS, which ensures additional utility cases.  The community of NFT collectors, artists, and blockchain gamers ensures wider adoption of the token and thus, price stability.

Compared to other NFT avatar projects, SIDUS: The City of NFT Heroes provides its players with multiple earning opportunities. NFT holders can stake their tokens and earn rewards in NFTS that can be later used to pay for next-gen guns from the Galaxy Marketplace. SIDUS offers its users wrapped NFT functionality for accumulating liquidity within their Hero. On top of that, SIDUS distributes 50% of the collected royalties from secondary sales of the collection.

All these factors add up to an NFT Heroes collection that could draw a lot of attention and set the project up for success within the growing NFT collectibles and gaming markets. Join the NFT Heroes NFT club. Play, craft, stake, earn!

Disclaimer: This is a paid post and should not be treated as news/advice.