Despite the crypto ecosystem’s slow regression over the past month, digital currency transaction is still steadily growing. Organizations such as Mastercard and Visa have embraced cryptocurrency as a financial service. This steady growth has a ripple effect on the Africa banking system. Its applicability is so practical that Bitcoin’s new Lightning Network has now been incorporated into European banking systems to incorporate fiat currency transactions.

This new invention from the Bitcoin app will surely lure new users as it ushers in a new form of transaction execution. The dawn of the new blockchain technology era is slowly gaining recognition as a better financial service. Its interoperability and new nature are sure to lure any new tech enthusiast or users tired f the long processes often occurring in traditional financial services.

Nigerians, Kenyans and Ghanaians can now avoid the hectic process of fiat currency transfers internationally between Europe and the UK through Bitcoin Lightning Network. This new directive aims to revolutionize the view of digital currency transactions, dessociating it from its stereotypical association with the crypto ecosystem. 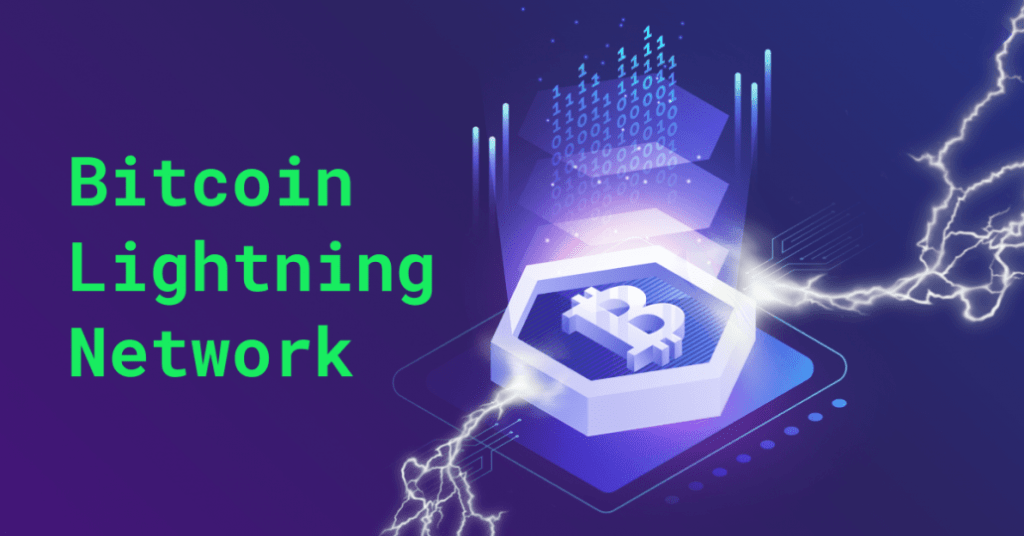 CoinCenter and BItnob utilize Bitcoin’s lightning network to take digital currency transactions a step further by enabling a new feature allowing the user to conduct fiat currency transfers regardless of the currency.[Photo/EXMO]

Granted, the crypto ecosystem has had a rough year due to the various mishaps encountered along the way. Despite this Bitcoin App CoinCorner refuses to cower amid the crypto winter. Its development team released an announcement stating that they have added a new feature, Send Globally, which lets foreign users instantly and cheaply send remittances to Africa for its EU customers and vice verse.

Also, Read Bolt Card: A Bitcoin equivalent of a Visa/Mastercard.

What is Bitcoin Lightning Network

For those who are yet to comprehend, the Lightning Network is a second layer added to Bitcoin’s blockchain network. This allows off-chain transactions extending digital currency transactions within Bitcoin’s network.

This new additional feature addresses the central issue of scalability, which hinders the total reach of multiple blockchain networks. If scaled appropriately, a blockchain network can handle millions to billions of transactions per second (TPS). With the Lightning Network, charges are low between on-chain and off-chain digital currency transactions.

In addition, it also solves the “can you buy coffee with crypto” debate allowing users to make instant micropayments. Essentially the Lightning Network merely scales all crypto capabilities, doubling crypto usability. This narrows the gap between fiat and digital currency. Its applicability can solve problems with Africa’s banking system and allow a global adoption rate of digital currencies like never before.

CoinCenter and Bitnob applied their scalability and off-chain capabilities enabling fiat currency transfer regardless of the currency. The mechanism first converts the funds into Bitcoin and then sends the funds via the blockchain network. Once received, it is converted to the local fiat currency of the recipient and deposited directly to their bank account or mobile money wallet.

The main aim of this mechanism is to bypass the normal functioning of cryptocurrency. This is accomplished through the very mechanisms of crypto to provide a universal way of conducting digital currency transactions irrespective of whether the country runs on US dollars, Nigerian Naira, or Kenyan Shillings.

Foreseen impact of the Lightning Network.

It is safe to assume that Europe’s banking system is also about to undergo some level of change. Usually, any fiat currency transfer between different contents requires a third party, such as Western Bank. This process is, however, tedious and, in some circumstances, unreliable.

Fortunately, with this new invention, the need for third parties will cease, and individuals will have the freedom to transfer funds safely, quickly and without worry about converting their local currency into another. Africa’s banking system will significantly improve by emphasizing how to do the process better.

According to Danny Scott, the CEO of CoinCenter, the remittance market is a golden opportunity to highlight the utility of BTC. Instead of thinking of Bitcoin as a financial product, it can be a conduit for digital currency transfer. Fortunately, digital currency technically behaves as a “universal fiat currency”, which the entire globe recognizes. As such, it is applicable as an intermediary for intercontinental fiat currency transfers.

In 2021, data from Statista placed Nigeria among the top countries for remittance payments. The Wolrd bank backed up this data by reporting that Sub-Saharan Africa made up 14.1% of global remittances. Africa’s banking system is generally working progress. Thus, it contains various restrictions on the type of institutions that can offer local banks’ remittance-related services. This creates a barrier for individuals who need fiat currency transfers between continents.

Despite everything, digital currency transactions are still a revolutionary concept, and as the fourth industrial revolution rolls in, we may see its global adoption.