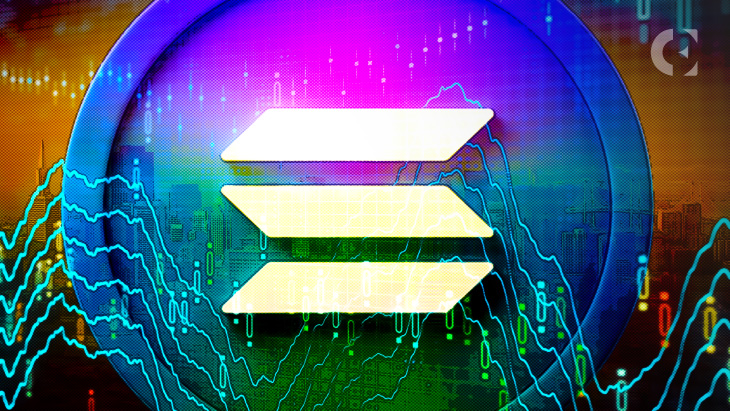 Wu added that the maintenance did not impact block production or the Solana network.

According to Alchemy.com, Remote Procedure Call (RPC) is a lightweight software communication protocol that allows a program to communicate with a server hosted on a different network without needing details about the server’s network.

Last week, while the crypto market remained passive with no significant price movement, the Solana blockchain, which the crypto community predominantly believed would fade out this year, made surprising price movements.

According to data from the market tracking platform, CoinMarketCap, Solan reclaimed two positions on the ranking of top cryptocurrencies by market cap. It currently ranks at position 14, up from 16, after gaining more than 40% growth in the last seven days.

SOL now trades at $13.69, having touched $8.14 in December, one of its lowest prices in the previous 90 days. Last week, crypto traders bought and sold over $1.5 billion worth of SOL within a 24 hours trading window, shooting the volume by an astounding 186%.

Previously, many famous Web3 figures made fun of Solana’s fall from grace when the blockchain lost over $8 billion of market value due to its exposure to FTX. Due to Solana’s unexpected recovery, crypto influencer Satoshi Stacker made a joke of Jim Cramer, a famous crypto critic, who last month expressed that investors holding SOL tokens were idiots.