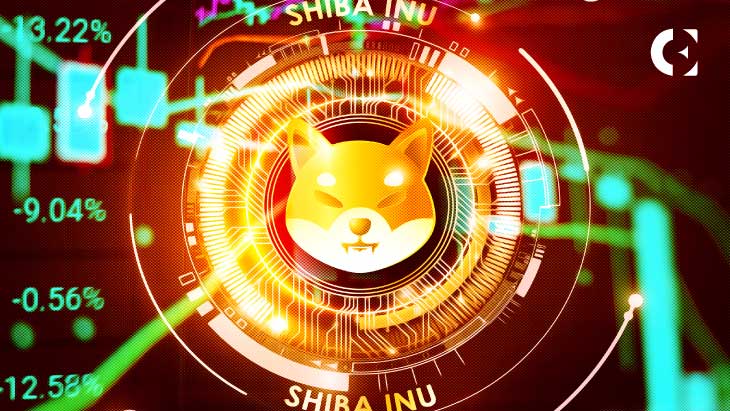 3.3 trillion SHIB, equivalent to $30,458,751 have been transferred between unknown wallets. This comes ahead of the South by Southwest Conference and Festivals (SXSW 2023) scheduled to be held in Austin, Texas later this year.

Among the top features of the conference is the Shiba Inu-themed metaverse project, SHIB: The Metaverse. This project has been planned to feature exclusively at the internationally-recognized event. Avenues of exhibition at SXSW 2023 will include live panels, Cinema, and various kinds of special events.

SXSW 2023 is a conference that aims to showcase the possibilities of emerging technologies in the world of entertainment. Music, film, and interactive media will form the nucleus of the conference which promises to be a gathering of headliners.

According to a recent announcement, the appearance of SHIB at this year’s SXSW 2023 is based on an invitation by the event organizers. It will be an opportunity for participants at the conference to experience a first-hand preview of WAGMI Temple, the first of 11 hubs in SHIB’s metaverse.

SHIB handlers announced that the preview will be open to all badge holders at the SXSW 2023 conference. Part of the announcement reads;

Festival attendees will get an exclusive preview of WAGMI Temple, the first of 11 HUBs in SHIB The Metaverse. A virtual representation of Shiba Token’s collective history, SHIB The Metaverse is home to immersive experiences that will allow people to explore, learn from, and interact with the Shiba Inu ecosystem in exciting new ways.

According to Sherri Cuono, an advisor on SHIB, the project is distinguished by the variety of options available in each hub. It incorporates different social interaction models and group experiences. Virtual reality and gaming are integrated into SHIB which also offers opportunities in real estate ownership. SHIB token is currently ranked in the 16th position on Coinmarketcap. Seven places behind the flagship coin in this category, Dogecoin (DOGE). DOGE sits in the 9th position when ranked by market capitalization.